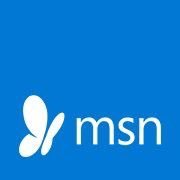 Leaders of colleges and universities are issuing desperate demands to students to help curtail the spread of the coronavirus on campus: Wear masks and rein in your back-to-school partying—or go home.

The messaging accompanies new outbreaks at schools around the country as students return to campus, leading several this week to halt on-campus instruction and punish some rule breakers.

The directives are being broadcast to all students, but specifically aimed at hot spots which include a lot of fraternities, sororities and upperclassmen throwing off-campus parties.

Get news and analysis on politics, policy, national security and more, delivered right to your inbox

In two of the harshest rebukes so far, Purdue University on Thursday suspended 36 students who attended an off-campus party, and Syracuse University suspended 23 in connection with a large gathering on the quad.

Pennsylvania State University suspended a fraternity this week after videos surfaced on social media showing an indoor gathering on Wednesday of more than 15 people who weren’t wearing masks or staying 6 feet apart. Then, on Thursday, first-year students gathered on campus without masks or physical distancing. Video posted on Twitter showed something resembling a mosh pit.

The campus scene prompted President Eric Barron to write a note to students chastising them for ignoring the guidelines the school had laid out and to warn them they would be expelled if they didn’t obey the rules.

“I ask students flouting the university’s health and safety expectations a simple question: Do you want to be the person responsible for sending everyone home?” Mr. Barron wrote.

North Carolina State University said Thursday it had canceled all in-person classes following a series of off-campus parties. More than 500 students are now in quarantine or isolation, according to a letter to the school by Chancellor Randy Woodson.

“Battling the spread of Covid-19 is a challenging endeavor even when everyone is practicing safety measures,” he wrote. “Unfortunately, the actions of a few are jeopardizing the health and safety of the larger community.”

Northeastern University in Boston is trying to stay ahead of the curve. Students will start moving in next week, but the school caught wind of a poll on social media by a first-year student asking his classmates whether they planned to attend parties when they got to school. Despite restrictions by the university, 115 said yes and 640 said no, according to Renata Nyul, a school spokeswoman.

When the pollster was contacted by the school, he turned over all the names of the students who said “yes.” On Friday, Northeastern sent an email to the students and their parents dressing them down: “You have displayed a disregard for health and safety measures, jeopardized our chances to keep our community safe, and increased the possibility that you and others—including your classmates—might not be able complete the semester,” the school wrote.

Then the college threatened to rescind admission if students didn’t read the rules again and sign a pledge to do better.

Michael Sorrell, president of Paul Quinn College in Dallas said none of the student behavior surprised him. His school didn’t bring students back to his campus this fall, fearing in-person learning during the pandemic would require overpolicing students.

He called expectations that schools can regulate how students socialize unrealistic.

At the University of Kansas, an outbreak of cases among fraternity and sorority members prompted Chancellor Douglas A. Girod to remind the school to adhere to health and safety guidelines.

The cluster was detected after the results of 7,000 test results came back. The number of positive tests was low overall, and in line with what the school anticipated, he said. But a majority of the 87 cases detected was connected to the school’s Greek community.

“We know what works to prevent the spread of Covid-19,” he wrote. “Remember to think not just about yourself, but about the good of the community, in every decision you make.”

At Syracuse University, the chief of the school’s police department and the dean of students wrote a letter to students on Thursday lambasting “the incredibly reckless behavior that took place on the Quad” on Wednesday after a group of students gathered without masks. Campus police said they are continuing to investigate the party and additional suspensions might be coming.

In South Bend, Ind., at the University of Notre Dame, where in-person classes were canceled this week because of an increase in positive cases linked to off-campus parties, the number of cases continued to rise—though at a slower pace.

On Thursday, the school detected 23 new cases, bringing the total to 336. But the rate of positive tests had declined to less than 10% from nearly 20% on Monday. The school canceled classes for two weeks, but the president said he would send everyone home for the rest of the year if necessary.

“I think people are definitely starting to take it more seriously,” said Maddie Tupy, a junior. “No one wants to go home.”

Write to Douglas Belkin at doug.belkin@wsj.com

This Rhode Island Woman Wants to Teach Everyone Sign Language

RI Not Moving Forward for Schools

Disney Requiring Children 5 and Up to Be Vaccinated for Cruises, RI Not Moving Forward for Schools If your 5-year-old wants to go on a Disney Cruise...
Por Alejo Tobón

Yale Increases Payments to New Haven to $20M+ a Year, Brown Says It Contributes About $6M