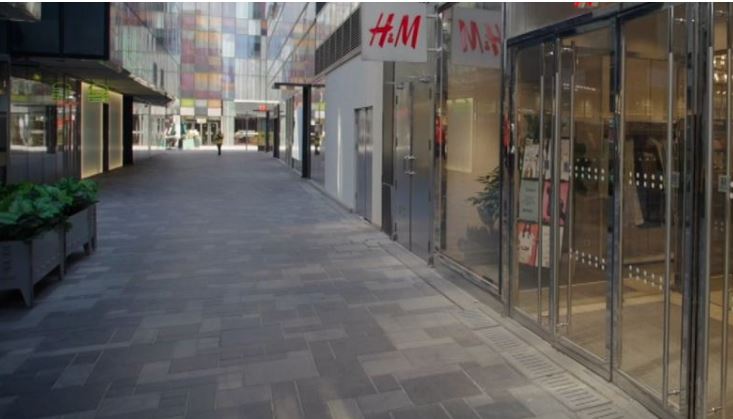 Editor’s Note: A version of this story appeared in CNN’s Meanwhile in China newsletter, a three-times-a-week update exploring what you need to know about the country’s rise and how it impacts the world. Sign up here.

Empty streets, deserted shopping centers, and residents staying away from one another are the new normal in Beijing – but not because the city, like many Chinese ones before it, is under a “zero-Covid” lockdown.

This time, it’s because Beijing has been hit with a significant, and spreading, outbreak – a first for the Chinese capital since the beginning of the pandemic, a week after leaders eased the country’s restrictive Covid policy.

The impact of the outbreak in the city was visible in the upmarket shopping district Sanlitun on Tuesday. There, the usually bustling shops and restaurants were without customers and, in some cases, functioning on skeleton crews or offering takeout only.

Similar scenes are playing out across Beijing, as offices, shops and residential communities report being understaffed or shifting working arrangements as employees fall ill with the virus. Meanwhile, others stay home to avoid being infected.

One community worker told CNN that 21 of the 24 workers on her Beijing neighborhood committee office, tasked with coordinating residential matters and activities, had fallen ill in recent days.

“As our superiors are mostly infected, there’s not much work being given to us,” said the employee, Sylvia Sun. “(The usual) events, lectures, performances, parent-child activities will definitely not be held.”

Beijing, which prior to the new rules was already experiencing a small-scale outbreak, is now on the front lines of a new reality for China: not since the early days of the pandemic in Wuhan have Chinese cities dealt with an outbreak without hefty control measures in place.

But for a place that until earlier this month assiduously tracked every case, there is now no clear data on the extent of the virus’ spread. China’s new Covid rules significantly rolled back the testing requirements that once dominated daily life, and residents have instead shifted to using antigen tests at home, when available, leaving official numbers unreliable.

Customers queue at a pharmacy in Beijing, China, on Tuesday, December 13. 2022.

On Wednesday, China’s National Health Commission (NHC) gave up trying to keep track of all the new Covid cases, announcing it would no longer include asymptomatic infections in its daily count. It had previously reported these cases, albeit in a separate category from “confirmed,” or symptomatic ones.

“It is impossible to accurately grasp the actual number of asymptomatic infections,” the NHC said in a notice, citing reduced levels of official testing.

Authorities on Wednesday morning reported 2,249 symptomatic Covid cases nationally for the previous day, 20% of which were detected in the capital. Those figures are also thought to be impacted by reduced testing. CNN reporting from Beijing indicates the case count overall in the Chinese capital could be many times higher than recorded.

In a Twitter post, Beijing-based lawyer and former American Chamber of Commerce in China chairman James Zimmerman said about 90% of people in his office had Covid, up from around half a few days ago.

“Our ‘work at home’ policy is now ‘work at home if you’re well enough.’ This thing came on like a runaway freight train,” he wrote on Wednesday.

Experts have said the relatively low number of previously infected Covid-19 patients in China and the lower effectiveness of its widely-used inactivated-virus vaccines against Omicron infection – as compared with previous strains and mRNA vaccines – could enable the virus to spread rapidly.

The extent of severe disease or death in Covid-19 outbreaks typically takes time to become clear, but there are signs of an impact on the health care system – with authorities in Beijing urging patients who are not seriously ill not to seek the help of emergency services.

The city’s major hospitals recorded 19,000 patients with flu symptoms from December 5 to 11 – more than six times that of the previous week, a health official said Monday.

The number of patients visiting fever clinics was 16 times greater on Sunday than a week prior. In China, where there isn’t a strong primary care system, visiting the hospital is common for minor illness.

So far, however, there were only 50 severe and critical cases in hospitals, most of whom had underlying health conditions, Sun Chunlan, China’s top official in charge of managing Covid, said during an inspection of Beijing’s epidemic response on Tuesday.

“At present, the number of newly infected people in Beijing is increasing rapidly, but most of them are asymptomatic and mild cases,” said Sun, who also called for more fever clinics to be set up and made assurances that supply of medicines – which have been hit by a surge in purchases in recent days – was being increased.

Prominent Shanghai physician Zhang Wenhong warned that hospitals should do everything they could to ensure that health workers were not getting infected as quickly as the people in the communities they serve. Such a situation could result in a shortage of medical staff and infections among patients, he said, according to local media reports.

Concerns about scarcity and access to medicines and care have been palpable in public discussion, including on social media. There, a Beijing reporter’s account of her time in a temporary hospital for Covid-19 treatment triggered a firestorm on social media, with a related hashtag getting more than 93 million views on China’s Twitter-like platform Weibo since Monday.

Social media users questioned why the reporter, who showed her two-bed room and access to fever medicine in a video interview posted by her employer Beijing Radio and Television Station on Sunday, received such treatment while others were struggling.

“Awesome! A young reporter gets a space in a temporary hospital and takes liquid Ibuprofen for children that is hard-to-find for parents in Beijing,” read one sarcastic comment, which got thousands of likes.

Another popular response complained that “ordinary people” stay at home with kids and elderly with high fevers.

“Could you give (her) bed to me if I called (the hospital)?” the Weibo user asked.

Amid fears of the virus, residents have rushed to buy canned peaches, following rumors the vitamin C-loaded snack could prevent or treat Covid. Chinese state media has since warned people the preserved fruit is not a Covid remedy nor a substitute for medicine.