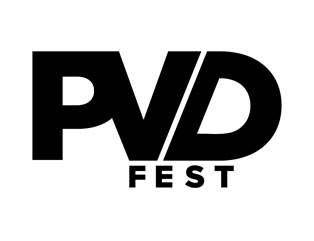 PROVIDENCE, RI – Providence’s famous culinary scene takes center stage in greater Kennedy Plaza this June with the return of fan-favorite PVDFest Food Village. There will be over 50 vendors Friday through Sunday, showcasing what Providence is known for- our pasta, pretzels and pastelitos. This year’s Food Village will also host Major League Eaters, pretzel-enthusiasts, and festival goers for the first-ever Malted Barley World Pretzel-Eating Championship on Saturday of the festival.

Food trucks from all over Providence will line up along the outskirts of Kennedy Plaza to serve a wide variety of culinary delights including Mexican, Chinese, Seafood, BBQ, African, Portuguese, Asian Street Food, and sweet treats to satisfy every festival-goer’s appetite. The PVDFest Food Village will be open festival weekend from 5PM to 11PM on Friday, 2PM to 11PM on Saturday, and 12PM to 6PM on Sunday. Seating will be available for patrons in between the two culinary areas.

New to PVDFest, local craft beer and pretzel hub The Malted Barley has joined forces with Major League Eating (MLE) to produce the world’s first-ever Malted Barley World Pretzel-Eating Championship. Competitors will have eight minutes to eat as many original Malted Barley pretzels, setting a new world record in the pretzel-eating discipline. The championship will take place in PVDFest’s beloved Food Village in Kennedy Plaza on Saturday, June 8 at 2PM. Pretzels will be devoured, fun will be had, and appetites will be satiated during this one-of-a-kind event.

Festival goers are encouraged to bring their family, friends, and their appetite to experience the wonderful culinary scene showcased by PVDFest. See a full list of vendors below and on the PVDFest website:

The PVDFest Food Village could not be possible without its sponsors Matunuck Oyster Bar and GottaQ BBQ. Matunuck Oyster Bar is committed to uniting fresh, locally grown produce with farm-raised and wild-caught seafood to make the freshest dishes you’ll find anywhere. Local restaurant GottaQ BBQ launched five years ago at the Eat Drink RI Festival and has since wowed Providence’s culinary scene with their specialty West Coast-style tri-tip steak.