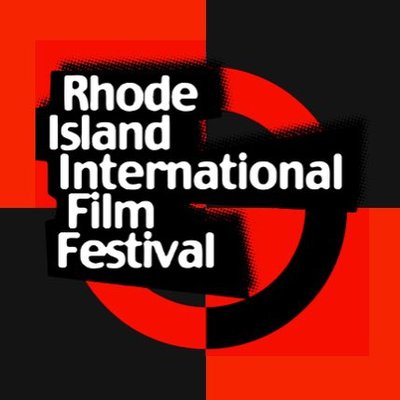 Just five months after marrying the love of his life, Shawna, Grant Korgan went out with his three friends one morning for a day of fun and filming on snowmobiles. After much consideration, he attempted a jump that he had always wanted to take on his snowmobile. Grant’s snowmobile crashed down hard, and Grant broke his back. Despite his prognosis, that he would never walk again, both he and Shawna focused on the goal of 120% recovery. Shawna, a health and wellness expert, took his recovery head-on and with the same drive and tenacity as Grant.

While working on his rehabilitation, Grant was offered an opportunity to join an expedition heading to the South Pole. If he completed the 100 miles using his arms to pull himself on a sit-ski, he would become the first spinal cord injured athlete to reach the South Pole. Grant and two guides headed off to South America. On the ice, they struggled with minus 50 degree conditions, failing solar panels, hypothermia, frost bite, and mental challenges. On January 17, 2012, Grant reached the bottom of our world on the 100th anniversary when Captain Robert Falcon Scott’s Terra Nova expedition arrived at the earth’s most remote spot.

When Grant returned home, the thrill of his achievement turned to reflection about his reality. He had to face his paralysis and realize that going forward he would still have to overcome his inability to use his legs unassisted. But Grant made a profound, inspiring decision, to choose positivity. He focuses on what he is able to do and finds pleasure and comfort in kayaking, downhill skiing, diving, and waterskiing as an adaptive athlete. On August 2015, Korgan broke the record for the human powered circumnavigation of Lake Tahoe by over two hours, finishing the 72-mile paddle in just 14 hours and 15 minutes.

Andrew Dickhout’s “A RACING HEART” introduces us to John Dickhout, a recent heart transplant survivor, who attempts to cross the final goal off of his bucket list as a documentary crew follows him on a weekly basis. His goal; to run a 10k in under 60 minutes, and show the progress he has made in the 2 years since his life was saved. While training, John regales us with stories about his near death experiences, and his desire to prove himself after a stranger and their family’s choice to donate helped to give his life new meaning. Featuring triumph against all odds, what you experience at this screening might just change your life!
Presented by IMCS (Integrated Micro-Chromotography Systems).
Interactive networking events will be held nightly during the span of the six-day festival including our CITY PARTY PUB CRAWL, starting at The Rosendale, 55 Union Street, and ending at EGO, 73 Richmond Street, downtown Providence. Last year’s event drew over 2,000 participants, making the week of the Festival an unparalleled Celebration of Film, Arts and Culture.
MORE ABOUT THE FESTIVAL
RIIFF offers a variety of prestigious awards to some of the most talented artists in (and soon to be in) the business. The festival’s Gilbert Stuart Artistic Vision Lifetime Achievement Award has been bestowed upon Academy Award-winning actors Ernest Borgnine and Patricia Neal, Oscar-nominated actors Seymour Cassel and Cicely Tyson, acclaimed actors of stage and screen, Paul Sorvino and Theo Bikel, director Blake Edwards, and special effects icon, Douglas Trumbull. The festival’s Creative Vision and Crystal Image Awards recognizing outstanding directors, actors, writers, film talent, have been awarded to such talents as Karen Allen, Zach Braff, Blythe Danner, Ioan Gruffudd, Rosa von Praunheim, Michael Showalter, composer Klaus Badelt, and children’s book author Sandra Boynton. More than simply a film festival, RIIFF champions artistic vision in any form and is dedicated to sharing that vision with a diverse and enthusiastic audience that hungers for great storytelling.
More information on the Festival, including advance ticket sales for screenings or special events, plus student, group, and senior discounts, can be found at www.RIFilmFest.org. You can also write to RIIFF, 83 Park Street, Suite 5, Providence, RI 02903; call 401- 861-4445; email: info@film-festival.org.
Ticketing and program information can be found at this URL: http://prog.tsharp.xyz/en/riiff/36/