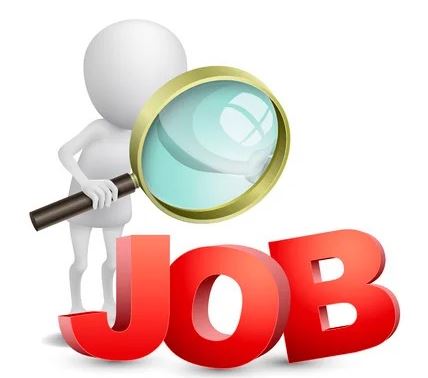 The top 10 industries job-seekers want to work in right now, according to new research

It’s a comment you have probably heard at least once before, whether it was from a friend, a roommate, a stranger on Twitter or a co-worker who just submitted their two weeks’ notice: It has never been easier to switch jobs.

The Covid pandemic precipitated a seismic shift in where, when and how we work, including the role work plays in our lives — as a result, millions of Americans have left their jobs in a historic quitting spree that’s been dubbed “The Great Resignation.”

According to a new report from ResumeBuilder, there’s a shortlist of industries that are more popular with job-seekers than others.

The report, which collected 1,000 responses from job-seekers between the ages of 18 and 54 in early June, gives a glimpse into what candidates are looking for as companies are struggling to retain employees and attract new talent.

Here are the 10 most popular industries among job-seekers right now, according to ResumeBuilder:

“Naturally, people are going to gravitate to sectors where they possess the capabilities and skills needed to succeed — but when you overlay that with people’s strong desire to earn more, have some degree of job security, as well as some flexibility for remote work, most of these industries fit the bill,” Mark Hamrick, a senior economic analyst at Bankrate, tells CNBC Make It.

Some industries, like health care, have been on a hiring streak since the start of the pandemic, and are expected to continue their rapid growth in the years ahead.

Other industries, like arts and entertainment as well as food and hospitality, have seen higher demand in recent months as more cities drop their Covid restrictions and people are eager to travel, dine out and attend shows.

The same pull people feel to return to in-person social gatherings is also causing some job-seekers to re-think the office: ResumeBuilder’s report found an (almost) even split between workers who prefer a fully in-person role (32%) or a fully remote position (31%). About 23% of respondents said they are looking for a hybrid work arrangement.

“We’ve noticed a shift in job-seekers’ preferences over the last three months, with more people leaning toward in-person or hybrid jobs vs. fully remote,” Ashli Horrell, a public relations manager at ResumeBuilder, says. “They’re reporting an increased desire to interact with co-workers again and Zoom fatigue.”

Flexible schedules topped the list of what job-seekers are prioritizing in their search, trailed by pay increases that track inflation and unlimited paid time off.

Although job-seekers are mostly reaping the benefits from a hot labor market and remote work’s expansion, 45% of respondents in ResumeBuilder’s report said that navigating the job market is more difficult now than it was pre-pandemic. Some of the most common problems job-seekers mentioned are being stood up for an interview, never receiving a response on their application or not being able to find salary information for an open role.

Still, Hamrick predicts that workers will quit and switch jobs at elevated rates for the next few months in search of higher pay as inflation continues to soar. “Compensation isn’t the only reason people get up and go to work,” he adds. “But wage gains are falling short of inflation rates, and, ultimately, people want to be financially stable.”