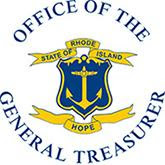 PROVIDENCE, R.I.–  Rhode Island General Treasurer Seth Magaziner today announced that Benjamin Smith will join his staff as Director of Communications, effective August 10, 2021.
«Ben is a talented communications professional who has experience delivering effective communications and possesses strong connections to our community,» said Treasurer Magaziner. «He will be an excellent addition to the team as we focus on moving Rhode Island’s economy forward and ensuring the financial security of Rhode Islanders.”
Smith previously worked in Providence Mayor Jorge Elorza’s communications office since 2017 and most recently served as Director of Communications. Prior to that, he managed several state legislative campaigns in New Jersey and was an organizer for the Florida Democratic Party.
“Treasurer Magaziner has done a tremendous job investing in the futures of Rhode Islanders by repairing our crumbling schools, leading our state’s pension fund to an all-time high, and returning millions in unclaimed property,” said Ben Smith. “I am beyond excited to join the Treasury team and share these stories with so many across all our state’s communities.”
In the interim, all media inquiries for the Treasurer’s office should be directed to Deputy Communications Director Patricia Socarras at the below contact information.