Federal Hill Association says DOT has not followed through.

Now, Marrocco is blasting the Commerce Association and RI Department of Transportation for the lack of progress.

He said the neighborhood needs to get moving and help preserve the history and the tradition of the area as being a great restaurant destination. Marrocco, who owns restaurants that serve both Italian and Latin cuisine said it’s not about Italian ownership, “80% of the Italian restaurants in the Bronx are not owned by Italians…but have Italian names…but it’s a destination.”

The lack of progress in developing the branding and the necessary signage gets pinned on the Rhode Island Department of Transportation by the local business association.

“The Federal Hill Commerce Association is equally disappointed that in 11 months we have made no concrete progress in working with the state of Rhode Island Department of Transportation on signage,” said the Association’s Rick Simone.

RI DOT did not respond to request for comment.

While most of the signage proposed required RIDOT action, other signage required the City of Providence to take action. In addition, the small businesses have repeatedly asked to remove the parking meters.

Goal was to create a new life for Federal Hill

On January 10, 2016, Marrocco made the proposal at an emergency meeting of the Federal Hill Commerce Association (FHCA) meeting at Roma, which was convened after Marrocco’s Hotel Dolce Vita was robbed over the weekend by two individuals in an assault caught on camera. Arrests were later made by Providence Police.

More than two dozen business owners and community leaders turned out, including members of the Providence Police Department to discuss not just issues of violence, but how to improve district in general.

The common theme?  Getting rid of the parking meters put in by the city — and increase lighting and signage on the Hill, including Marrocco’s proposal.

“We have to get united and repel parking meters — we don’t want them” said Marrocco. “The fact that [the city] didn’t enforce meters during Christmas, they wanted to stimulate business in one month.  So if we all put in $500, or $1000, or not have them, it’s not the dollar, two dollars [people have to pay the meters], it’s the mindset.”

“Downtown is exploding, we’re not. We have to find a way to tie ourselves to the city,” said Marrocco. “Even in the worst weather, people come. Everybody likes us in the whole world. When we have something, people come. But it shouldn’t be just October, but May, June, July. Let’s have Lao festivals, Portuguese. festivals — the city has already volunteered to close the streets.” As a result, the Federal Hill Commerce Association added a second festival in 2017.

State Representative John Lombardi, who had made an impassioned speech at the beginning of the meeting, said he was on board with the idea.

“We keep hearing from the [Elorza] administration that Atwells is the crown jewel – and the city gets 1% on taxes,” said Lombardi at the meeting’s outset, of getting more services from the city. “It’s no different than the parking meters, we were as loud as the East Side. How badly do you want it? We think we deserve it — we should get this.”

EDITOR’S NOTE: Rick Simone who serves as the spokesperson for the Federal Hill Commerce Association also hosts a weekly show on GoLocal LIVE. The show is called The Taste. 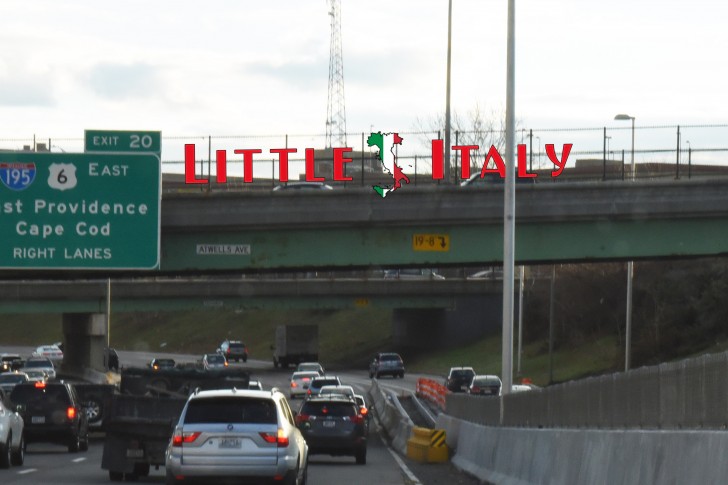