Hispanics Need a Leader, Not Infighting

NiLPnote: I usually agree with Raul Reyes’ insightful commentary but this time I think his insightfulness is a bit off the mark. As we have documented through our NiLP Leadership Surveys (which, for some reason, he ignores, deeply hurting my feelings!), there is indeed a serious national leadership vacuum in the Latino community. But to simply call for unity and an end to infighting as he does ignores the problem of an existing generally poor, low profile leadership, united or not. The Javier Palomarez problem is a longstanding one that everyone connected to the organization had been complaining about, and some feel is a structural problem with the organization. The LULAC problem with Roger Rocha is that he went rogue to undermine the organization’s position on immigration. In both cases, they have lawyered up and the divisiveness (or house cleaning?) will continue for a while.
In the Palomarez case, he was presented by the mainstream media as a major leader in the Latino business community despite the many political missteps he took and the discontent within his own organization about his apparent financial mismanagement, #MeToo behavior,and Trump flirtations. I mean, the guy publically admitted to cheating on his wife with a board member!
In highlighting the infighting, Raul totally ignores the efforts of such coalitions being forged by groups like the National Hispanic Leadership Agenda and the increasing militancy of the National Hispanic Media Coalition. But from our extensive survey work with Latino opinion leaders throughout the country, we hear that what they want to urgently wantto see in community leadership at the national level is a much more ¡Coño Carajó!/Luis Gutierrez-type of outspoken and militant leadership. The generally timid leaders they seem to think we currently have too many of won’t get any better with just more unity alone.
Look, Raul was off on this one, but we all make mistakes from time to time, even, believe it or not, me. I’m sure he will do better in the future. I’m sure of it.
—Angelo Falcón
Hispanic Americans need a leader,
not infighting advocacy groups
By Raul A. Reyes, Opinion Contributor
The Hill (February 16, 2018) 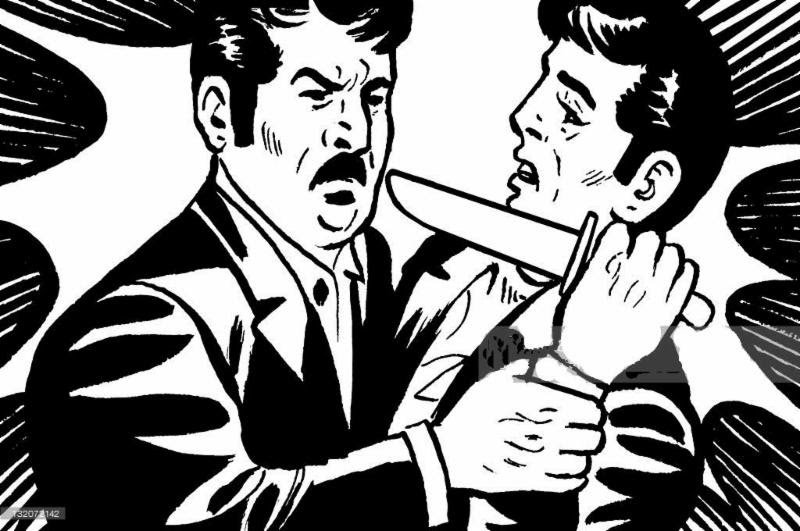 Here we go again. On Monday, the U.S. Hispanic Chamber of Commerce (USHCC) announced that its president and chief executive, Javier Palomarez, would be stepping down. Palomarez has been accused of padding his salary, according to the New York Times, and sexual harassment. The USHCC has hired an outside law firm to investigate the matter. In a statement on last week, Palomarez said:
«I categorically deny these troubling allegations, and I will fully cooperate with any investigation into them.»
It may be awhile before we know the truth about this matter, which combines elements of a financial scandal with the «Me Too» movement. But one thing is clear: It doesn’t inspire confidence among Hispanics when civic groups like the USHCC are involved in leadership dust-ups. This type of public relations disaster is the last thing the Latino community needs right now.
The U.S. Hispanic Chamber of Commerce bills itself as «America’s largest Hispanic business organization, representing over 4.4 million Hispanic-owned businesses.» For over 30 years, the group has advocated on behalf of its members on issues like access to capital, immigration, education and workforce development.
The rumors swirling around Palomarez, which were first reported by BuzzFeed News in November, amount to a significant distraction from the group’s core mission of advocating for Hispanic-owned businesses. This is especially troubling because Latinos – lacking a national leader – need groups like the USHCC to represent our community in Washington.
Consider that research by Stella Rouse of the University of Maryland shows that 66 percent of Latinos think it was «extremely important «or «very important» to have a national Latino leader. But a plurality (38 percent), when asked to name such a figure, answered «no one» or said that they «don’t know» a national Latino leader.
The fact is, Latinos don’t have leaders like the Rev. Al Sharpton, Jesse Jackson, or former President Obama, to amplify our issues. So we depend on groups like the USHCC – and they are letting us down.
If any of this sounds familiar, that’s because earlier this month, the League of United Latin American Citizens (LULAC), the nation’s oldest Latino civic organization, moved to dump its president after he went rogue and wrote a letter endorsing President Trump’s immigration proposal. He did so without consulting the group’s board, staff, or members, and the move created a scandal. Like the current USHCC controversy, this played out in the public eye, giving the impression that Latino civic groups are dysfunctional and wracked by turmoil. Why would anyone want to join such groups, or donate money to them, after reading all their negative press?
Meanwhile, the Latino community is facing immense challenges. The DACA crisis that Trump created by ending the program is nowhere near being solved. Some Puerto Ricans still lack power and clean water. Trump’s Department of Justice is taking aim at affirmative action policies, and his Department of Homeland Security is responsible for a surge in arrests of noncriminal undocumented immigrants. One-in-three Hispanics report experiencing discrimination based on their ethnicity at work or when looking for a place to live. Given these realities, Hispanic advocacy groups should not be wasting time fighting amongst themselves.
Though Palomarez may well be innocent of the charges levied against him, he has seemed an uneven steward of the USHCC. In 2016, he called Trump a «payaso… a clown,» and said that he was «dangerous» and «a buffoon.» Then he did an about-face and cozied up to the Trump White House, urging Latinos to engage with the administration, and joining Trump’s National Diversity Coalition. Last year, Palomarez quit the coalition, citing Trump’s decision to end DACA, and admitted that the Diversity Coalition never formally met. Yet from day one to the present, Trump has pretty consistently been anti-Latino and anti-immigrant; it’s hard to view Palomarez’ shifting loyalties as anything other than opportunism.
Almost every organization experiences growing pains or power struggles. But Latino groups cannot afford to waste time and resources on such problems. The needs of the constituencies that they purport to serve should come first. There are much bigger struggles going on, from the fight for immigration reform to ensuring that the civil rights of Latinos are protected. The smartest thing that groups like the USHCC can do is to review their policies to ensure that internal controversies do not arise again and overshadow their otherwise meaningful work.
The allegations regarding Palomarez are unfortunate for him, his former organization, and Latinos. In the age of Trump, Hispanics need unity – not infighting.
Raul A. Reyes is an attorney and contributor to NBCNews.com and CNN Opinion. Follow him on Twitter @RaulAReyes.He can also be reached atraulreyesnyc@me.com The views expressed by contributors are their own and not the view of The Hill.