Hispanic or Latinx?
The key is to treat
others with respect
By Esther J. Cepeda
Pantagraph (February 18, 2018) 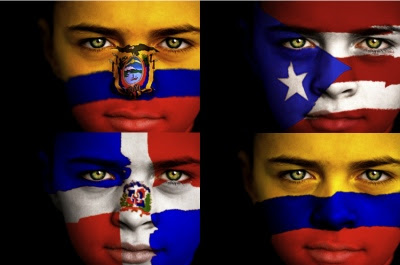 The student newspaper of the University of Texas at Austin recently asked its readers to select a favorite term to describe people of Latin American descent.
«Which term are you supposed to use?» wrote Daily Texan reporter Maria Mendez. «Well, it depends.»
It sure does.
There’s «Hispanic,» «person of color,» «Latino/a,» and the en vogue «Latinx,» which purports to de-genderize the identity label. All are codes used for virtue-signaling and for interpreting a person’s politics, depending on age and geography. (We can throw «Chicano/a» and «Chicanx» in for our southwestern and California friends.)
In response to this call for a universal identifier, Angelo Falcon, the president of the National Institute for Latino Policy, wondered in his organization’s newsletter: «Is there a need for a Jesse Jackson-type intervention to finally resolve this issue of what to call ourselves, or are we happy to leave this up to the eye of the beholder? … How should we be dealing with this recurring pan-ethnic question? Or is it really a pan-racial question?»
These are the kinds of issues that make for Latino-centric clickbait and elicit intergenerational side-eyes when «woke» millennials and their old-school elders gather for family occasions and not-so-silent judgment of each other’s life choices.
In reality, however, there will never be an adequate umbrella term for all people of Latin American descent or their increasingly monolingual, intermarried children and grandchildren. This is evidenced by the fact that «what to call ourselves» has been debated since the U.S. government started using the term «Hispanic» in the 1970s, and there are now more identifiers, rather than fewer.
In this age of individuality, the issue is truly not how one wishes to identify oneself – you can call yourself anything you want – but how willing you are to put up with very few others knowing/agreeing/remembering to refer to you by your chosen category.
People tend to label you what they want, not what you want.
When I was a kid, it baffled me when someone referred to me as «Spanish,» since none of my family even knew anyone in Spain. Ditto for «Latin,» since it was better known to me as a language, not a specific country of origin. My response was to ignore these naming conventions until they eventually went away. Sure enough, nowadays it’s rare to hear people use these terms.
Same thing with «Latina,» – a label that makes my skin crawl. Though it has yet to start its extinction process, I don’t go around demanding people not refer to me this way because it isn’t worth the bother.
Life’s hard enough without having to get right the identity-label preferences of the more than 300 million people in America, many of whom were raised to believe their defining characteristic is that they are special and unique.
People will see you, describe you and define you in their own minds according to their own beliefs, politics and ideals, regardless of what you tell them you think about yourself.
Last summer, on his podcast «Revisionist History,» author Malcolm Gladwell aired a decades-old interview of Walter Gadsden, who is portrayed in a statue that memorializes a 1963 civil-rights march in Birmingham, Ala. The statue itself is based on a famous photo in which a very young Gadsden appeared to be terrorized by a policeman and his vicious-looking dog.
In the interview, Gadsden refutes the premise of the photo and statue and wishes his picture had never been in the paper and the statue had never been erected.
«That statue doesn’t look like me, … that looks like an African boy,» Gadsden says. «Well, I’m still wondering why, after all the information that I had given … all that does is establish me as being a young African boy, which I’m not.»
This shocks the interviewer. She asks, «You prefer being called a negro?»
«I prefer being called what I am, a colored. … [That’s what] I am,» Gadsden replies.
Now, no one in their right mind is going to call even a reluctant civil-rights icon «colored,» but that was definitely Gadsden’s preferred label.
What to do?
Grin and bear instances of uncomfortable identity-related cognitive dissonance.
This label issue may never go away. In the meantime, call people whatever they ask you to call them or simply refer to them by their name.
If all else fails, just be nice. Most people use identity labels as a proxy for what they really want – which is to be treated with respect.
Esther Cepeda’s email address is estherjcepeda@washpost.com.