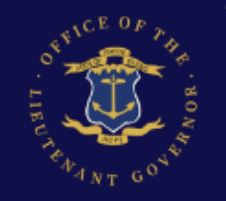 Lieutenant Governor Sabina Matos Announces New Chief of Staff
February 19, 2022 – Providence, R.I. – Lieutenant Governor Sabina Matos announced today that Yvonne Graf will serve as her new Chief of Staff, a position previously held by Ernie Almonte.
“Yvonne is a dedicated public servant whose skills will serve our state well,” said Lt. Governor Matos. “I am delighted that she is joining my team. Her knowledge and experience will be an asset to the Office’s initiatives, and I am eager to continue working for the people of Rhode Island with her contributions.”
Graf brings nearly 20 years of public policy leadership experience to the role. She is currently the Senior Deputy Chief of Staff for the Providence City Council. Previously, she has served the Council as Director of Legislative Affairs & Intergovernmental Relations, Acting Chief of Staff, and Director of Legislative Affairs & Communications. She has also worked for the Providence Public School District as Director of Policy & Planning and as School Board Policy Advisor. Graf’s areas of expertise include education policy, community development and land use, public and environmental health, and open government. She will assume the Chief of Staff position on March 7, 2022.
“I am thrilled to have this opportunity to join Lieutenant Governor Matos’ team as her Chief of Staff,» Graf said. «I look forward to working on the important initiatives she has laid out—from affordable housing development and small business support, to expanding the green and blue economy, to strengthening options for long-term care and aging in community—all of which address some of our state’s most pressing challenges. I am inspired by the Lieutenant Governor’s vision and her determination to positively impact the lives of Rhode Islanders.»
Almonte is leaving state government for the nonprofit sector and will lead the Rhode Island League of Cities and Towns as its next Executive Director.
Of Almonte’s departure, Lt. Governor Matos said, “I would like to thank Ernie for his friendship, for his work as my Chief of Staff, and for his years of service to the State of Rhode Island. I wish him the best of luck.”