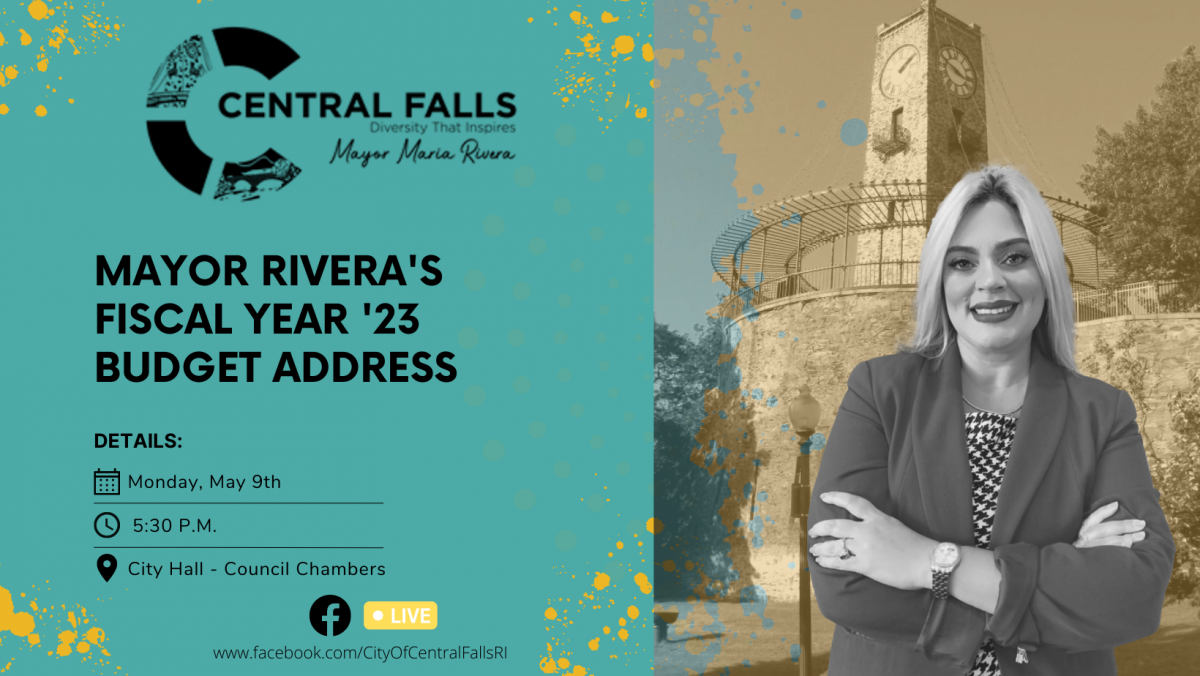 “My focus this second year in office has been on five areas that have a direct impact on the future of our city: housing and a healthy community; education and our youth; jobs and our economy; improved city spaces and infrastructure; and public safety,” said Mayor Rivera in her Budget Address. “While Central Falls may be the smallest city, we have big vision and have made bold progress.”

Mayor Rivera’s FY2023 balanced budget is a commitment to empowering a government that works for every resident, from the city’s youngest children, to working families, to its seniors.

Housing and a Healthy Community

“Over the last year, we made progress for future generations, while working hard to support our city’s neighbors, families, and businesses – all who have been impacted by COVID-19 and its devastating lasting effects,” said Mayor Rivera in her Budget Address. “Together, we can begin the next chapter of the City of Central Falls.”