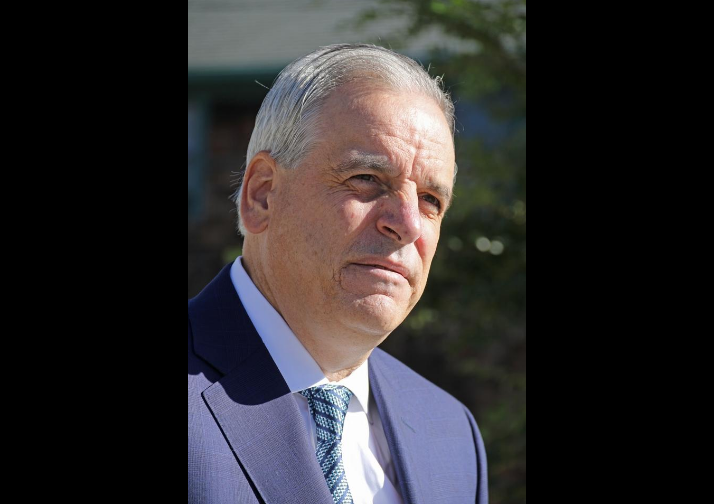 “If you are a dealer, this does not protect you. This protects the addicted,” said R.I. Attorney General Peter F. Neronha, who planned to unveil his proposal at an event Monday morning.

PROVIDENCE — In keeping with his word on the campaign trail, R.I. Attorney General Peter F. Neronha is calling for possession of small quantities of narcotics — including heroin, the powerful painkiller fentanyl and the party drug known as ecstasy — to be charged as misdemeanors, not felonies, under state law — a move that at least some officials in law-enforcement support.

“If you are a dealer, this does not protect you. This protects the addicted,” said Neronha, who planned to unveil his proposal at an event Monday morning. “It’s to take users out of the felony system and get them to treatment. … I view this as more about public health.”

The proposed legislation would also lower the amount of time a person charged with simple possession, without any intent to deal the drug, would face from up to three years in prison to up to one year behind bars.

Senate Majority Leader Michael J. McCaffrey, D-Warwick, agreed to sponsor the legislation, he said, based on his work on the Justice Reinvestment initiative, a legislative package passed in 2017 that was aimed at addressing the state’s ballooning probation rates and focus the state’s resources on the most serious crimes.

“It is certainly going to help out people who have addiction,” McCaffrey said. “Do they have drugs? Yes. Are they committing a crime? Yes. They also have addiction and they can’t help themselves. … Some of the people have substance abuse problems. Some of them mental health problems that they use substances for.”

Dr. Alexander-Scott, the director of the Department of Health, said through a spokesman that she had not seen the legislation, so could not comment specifically.

“However, I can say generally that we cannot arrest our way out of the substance use crisis,” she said via email. “The approach that we took in generations past resulted in gross, race-based disparities in incarceration, while doing little to actually address the root causes of addiction. Addiction is a disease. People with the disease of addiction should be treated by health care providers. For that reason, two focus areas for the Rhode Island Department of Health are improving access to treatment for substance-use disorder and other behavioral health challenges, and helping to ensure that our state’s criminal justice system is promoting the health and safety of all our communities.”

Tom Coderre, a senior adviser to Gov. Gina Raimondo, said the three biggest impediments to successful recovery are housing, education and securing a job. Having a criminal record poses a roadblock to people trying to achieve those goals, he said.

“This would really fit in nicely with the governor’s priorities,” he said. “There needs to be a public health approach to dealing with addiction, rather than just a criminal justice approach.”

And it appears to have the support of at least some in law enforcement.

“Drug addiction is an epidemic that is on the rise throughout urban cities across the nation,” Providence Public Safety Commissioner Steven M. Pare said in an email. He estimated that Providence police make 220 arrests a year for possession of narcotics.

“It is my belief that individuals who possess drugs for their own recreational use should be medically treated for rehabilitation instead of being incarcerated, as a jail cell will not solve their struggles with addiction. I look forward to continue working with the attorney general on this issue and I thank him for his leadership.”

Members of the Rhode Island State Police Chiefs Association, however, have remained silent. Lincoln Police Chief Brian W. Sullivan, association president, did not return phone calls and an email seeking comment last week. Reached Friday, former Little Compton Police Chief Sidney Wordell, executive director of the association, said the chiefs were meeting that morning to determine their stance. He said he would call a Journal reporter later that day, but did not and did not respond to messages left Sunday to his cell and home phones.

“I know there will probably be people against it,” McCaffrey said. “When the bill is in, we’ll have a hearing and listen to what they say.”

There were 1,111 felony drug cases brought in 2018, 661 of which entailed a charge of drug possession alone, according to Stephen Dambruch, chief of the criminal division at the attorney general’s office.

Prosecutors and investigators will still examine evidence — such as the presence of scales, cutting agent and ledgers — to distinguish users from those dealing drugs, he said.

District Court Chief Judge Jeanne LaFazia said through a spokesman that she has been in touch with Neronha and recognizes that the proposal would increase the court’s caseload, but that she did not think it would be a significant problem.

It remains unclear, too, what would become of the Superior Court drug court, now overseen by Magistrate John J. Flynn, which monitors drug offenders and guides them toward recovery.

Collin Geiselman, president of the Rhode Island Association of Criminal Defense Lawyers, said that organization would embrace the measure “wholeheartedly.”

“We have pushed to have the state view drug addiction as a public health and safety issue, and not a criminal issue,” he said. “There are so many collateral consequences to having a felony. I think it will open doors.” He predicted, too, that the state would see a drop in crimes users commit to support their habit, such as shoplifting and breaking and entering.

The state Public Defender’s Office also offered its enthusiastic support for Neronha’s “thoughtful proposal,” saying the state would join more than a dozen-plus states who have made similar moves, according to a statement from the office.

“By doing so,” the statement read, “these jurisdictions have enhanced public safety by diverting scarce resources from less serious to the successful investigation and prosecution of more serious crimes, while also enhancing the possibility of successful rehabilitation and re-entry of minor offenders.”