RI and Marijuana, Did the Feds Change the Game? 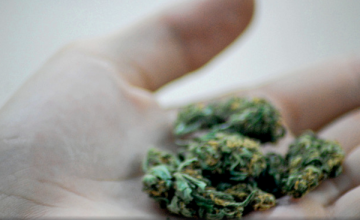 The Attorney General of the United States Jeff Sessions changed the rules for states that have — or want to — legalize the sale of marijuana.

Under President Barack Obama, the Department of Justice policy had been not to enforce federal marijuana laws against individuals or businesses in states that are complying with state medical or adult-use marijuana laws, provided that one of eight federal priorities is not implicated.

But all that changed with the issuance of the Sessions’ memo and the assertion that federal law would now be enforced. No one is sure what this means for states like Colorado that has a flourishing marijuana industry.

Jim Martin, a spokesperson for the U.S. Attorney in Rhode Island, told GoLocal on Thursday, “The United States Attorney’s Office will evaluate each matter based upon its specific facts and then rely upon the well-established principals that govern all federal prosecutions when deciding which cases to pursue.”

Sessions’ curveball may or may not change the game for the state of Rhode Island and other states, but it certainly creates vulnerability for states and questions for lawmakers who are considering new legislation.

“This extremely misguided action will enable a federal crackdown on states’ rights with regard to marijuana policy,” said Matthew Schweich, interim executive director for the Marijuana Policy Project (MPP). “Attorney General Sessions has decided to use the power of the federal government to attack the ability of states to decide their own laws. A majority of Americans support legalization, and Sessions has simply decided to ignore their views. In the states where marijuana is legal, voters approved those legalization policies at the ballot box. This is a direct attack on the will of the people.”

Former Rhode Island U.S. Attorney Peter Neronha told GoLocal in an email on Thursday, “Whether or not one agrees with a change in marijuana policy at the federal level, it is plainly advantageous that the policy apply consistently across the country.  While United States Attorneys ought to have the discretion to prioritize different issues in their districts depending on the particular need of those districts (say public corruption versus human trafficking versus violent crime versus white collar crime), in my view, marijuana policy/enforcement is not one of those issues.» 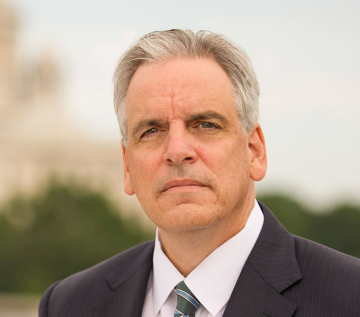 «This is truly a national issue, and is not more of or less of an issue in one state versus another, at least as among those states that have legalized marijuana for medical and/or recreational purposes.  As a United States Attorney in such a state, I would want clear guidance from the Department of Justice regarding the Department’s marijuana policy.  In fact, when I was United States Attorney, I, along with many of my colleagues, strongly advocated for clear guidance from Washington.  This, in part, led to the “Cole Memorandum” setting forth nation-wide Department marijuana policy,» added Neronha, who is running for the Democratic nomination for RI Attorney General.

“A legislative study commission is currently reviewing recreational marijuana policy in other states. The stance of the federal government is one of the many factors that must be considered as this policy discussion continues,” said President of the Senate Dominick J. Ruggerio.

“We certainly hope that the Justice Department would never target the sick people who use medical marijuana or those who provide this medicine to them, but we will need to closely monitor the impacts of the attorney general’s decision,” added Ruggerio.

For the RI General Assembly, marijuana sales have been a potential new source of revenue for the state during a period in which there is a significant budget shortfall — more than $200 million in the upcoming budget year — and the next phase in the rollback of the vehicle tax.

“We will have to monitor this development very closely and take it under consideration in our policy discussions on this issue,” said Speaker Nick Mattiello.

Governor Gina Raimondo refused to comment on the Sessions announcement on Thursday.

In Massachusetts, Claim of No Effect

Even before the Session’s memo was issued, the Commonwealth of Massachusetts’ Cannabis Control Commission issued the following statement in anticipation of the Justice Department edict.

«The role of the Cannabis Control Commission remains the same – to fulfill the will of the voters of Massachusetts by implementing and administering a regulatory process that is safe, equitable and efficient. Our priority has always been to protect public safety and develop regulations that are compliant with all laws including those passed by the voters and the legislature legalizing the recreational use of marijuana in the Commonwealth.  As far as the mandate and the work of the Cannabis Control Commission is concerned, nothing has changed. We will continue to move forward with our process to establish and implement sensible regulations for this emerging industry in Massachusetts.»

Some Commend the Announcement

«This is a good day for public health. The days of safe harbor for multi-million dollar pot investments are over,» said Kevin A. Sabet, a former Obama Administration drug policy adviser who is now head of the anti-legalization group Smart Approaches to Marijuana (SAM). «DOJ’s move will slow down the rise of Big Marijuana and stop the massive infusion of money going to fund pot candies, cookies, ice creams, and other kid-friendly pot edibles. Investor, banker, funder beware.»

«The Cole Memo had been waived around by money-hungry pot executives for years, searching for legitimacy among investors and banks,» remarked former RI Congressman Patrick J. Kennedy, a SAM Honorary Advisor. «It’s time we put public health over profits. This is a sensible move that now must be followed up with action so we can avoid a repeat of the nightmare of Big Tobacco.»

“As will all things involving law enforcement, I look at drug policy through a threat picture lens, and in doing so it is plain that the greatest drug threat we face is from prescription and illicit opioids.  That’s why when I made nearly 30 high school visits last year, while concerned about marijuana usage among students, I spoke to the students solely about the opioid threat.  I didn’t want the opioid message to be lost in a discussion about marijuana because they are different threats,» said Neronha. «From the research and from speaking to student assistance counselors, there is no question that marijuana use has significant adverse impacts on the developing mind (up to the age of 24) and makes students less productive.»

«As a parent, there is no way I would want either of my sons using marijuana.  But opioids have the potential to kill them (and everyone), and that’s why that threat ought to be prioritized nationally and locally, particularly given that law enforcement resources are undisputedly limited.  To the extent that the Attorney General’s as yet unreleased policy fails to prioritize the opioid crisis, I believe that to be a mistake.  It is all well and good for the federal government to recognize that we face an opioid crisis, but failing to provide funds for prevention and treatment, as has been the case, accomplishes very little,» added Neronha.