In May, the lottery reported a significant decrease in revenue, the first clear indicator that the important segment of the Rhode Island revenue stream was weakening. Many of the categories of lottery saw diminishing numbers.

The news sent shock waves through the budget office as gaming is one of the state’s top five revenue sources and one that historically continued to see gains.

Presently, the question of this type of gambling expansion — to online — is pending before the U.S. Supreme Court in the case of Christie v. NCAA, a de facto landmark case before the Supreme Court.

Everyone from major league sports leagues to the NCAA to Las Vegas to State Houses across the country is waiting to see if the U.S. high court rules that a Federal law, the Professional and Amateur Sports Protection Act of 1992, is unconstitutional.

If the court strikes down the federal law, the next noise you may hear is the gavels of speakers and senate presidents across the country shouting “and the ayes have it.”

One Rhode Island leader intrigued by the possibilities is Speaker of the House Nick Mattiello.

“If the U.S. Supreme Court issues a favorable ruling to legalize sports betting in New Jersey as expected, I would be very interested in such legislation for Rhode Island. Many details would have to be worked out as to where the betting would take place, but I am certainly open to the possibilities here and would work with the Lottery Commission to make sure it is done appropriately,” Mattiello told GoLocal on Sunday.

“Depending on the timing of the Supreme Court ruling, I don’t know if this could be in place for the next fiscal year’s budget,” added Mattiello.

A Supreme Court decision could be issued in late spring on 2018.

«The Governor is open to considering legalizing internet sports betting in Rhode Island if the Supreme Court opens a path for states to take action,» said David Ortiz, Raimondo’s spokesperson on Sunday night.

Impact of Such a Move — Winners and Losers

Certainly, a major expansion of gaming in Rhode Island via an online casino platform could be a big problem for Twin River.  Presently, Twin River is suffering through delays in the construction of its Tiverton facility and is soon to face additional competition in Massachusetts with two significant casinos becoming operational.

“With respect to online gaming, we watch this issue closely on a national and local level, but since so much has yet to be decided from a Supreme Court perspective, and from the State’s own policy perspective, we are not yet in a position to gauge our potential involvement or its possible impact on Twin River properties in Rhode Island,” said Patti Doyle, spokeswoman for Twin River.

«We added table games at Twin River in Lincoln, and will offer [them] at Twin River Tiverton, based on our understanding that while some of our customers prefer to play the slot machines, others prefer to play Blackjack, roulette, poker, etc. Similarly, we think there will continue to be those who prefer a brick and mortar gaming venue versus an online one. We will continue to closely monitor the issue,” said Doyle.

The Rhode Island Lottery’s last audit reported weakness in nearly all the categories.

Third, video lottery, aka slots at Twin River and Newport Grand dropped over $6 million from $488.7 million to $482.4 million.

The bright spot was table games which increased over $14 million — from $125.8 to $140 million. But, Rhode Island beware as Springfield and Everett, Massachusetts are in full development. Both of those facilities are going to further impact Rhode Island even when Twin River’s facility in Tiverton is operational. 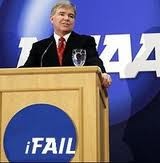 NCAA is fighting against the expansion of sports gaminmg

«New Jersey could see lifetime revenue hit the $1 billion mark by the end of 2018,» said PlayNJ.com lead analyst Steve Ruddock. «There’s the potential for super-sized growth in the year ahead. Partnerships with Nevada, Delaware, Pennsylvania, and international markets could be a key driver as the market enters its fifth year.»

«To put the state’s online gaming growth into perspective,» Ruddock said, «New Jersey online casinos will generate nearly $250 million in 2017. That’s over 100 percent more than the industry generated in 2014.»

New Jersey online casinos paid $3.6 million in taxes in November, pushing the collection to $39.3 million for 2017. Since New Jersey legalized and regulated online gambling, the state has realized $122.8 million in tax revenue.

«With new products like live dealer casino games and virtual sports, and the entrance of new brands, the importance of online gambling to the health of Atlantic City will only increase in 2018,» Ruddock said.