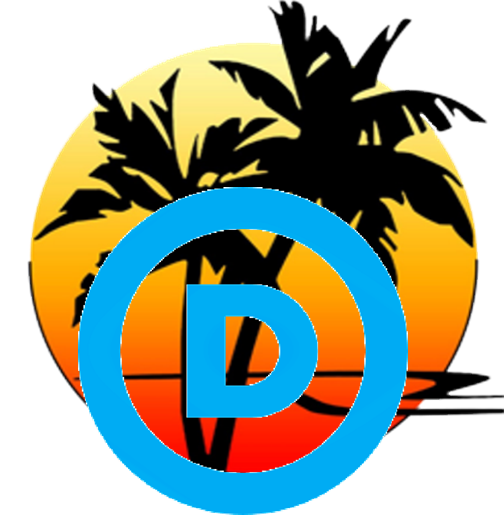 This past year there has been much talk about the future of the Democratic Party and the prospects for its resistance to Trump. An important part of this concern should be the party’s role in more effectively reaching out to Latino voters. From surveys of Latino leaders that NiLP has conducted as well as anecdotal evidence, there is a general feeling in the Latino community that, despite its loyalty to the party, the Democratic Party takes the Latino vote much too much for granted. If this cynicism about the role of the party continues unaddressed, this would be a major flaw in the much-needed progressive reconstruction of the party.
The problem is that it is not at all clear how to hold one of the major political parties accountable outside of election cycles. Does the Latino elected officials that are members of the party take the lead in pushing for change, or is this the role of party activists? How does the average Latino Democratic voter get

involved? Should nonpartisan Latino civil rights advocacy organizations be active in making the parties more accountable? Is anyone in the Latino community strategizing about this and calling on the DNC Chair, Tom Perez, to discuss the need for changes that would make the party more responsive to the Latino community?
We propose as an important starting point for a more effective Democratic National Committee (DNC) outreach to and inclusion of the Latino community, the checklist below of things they should be implementing this year as soon as possible. We hope this checklist can serve as an initial guide for the party as well as for Latino advocates for change in the party.
This checklist covers these three areas:
□      Framing Latino Issues
□      Latino Inclusion
□      Latino Outreach
Framing Latino Issues
The DNC should oppose any simplistic approaches to so-called «identity politics» and the creation of an artificial and divisive prioritizing of the white working class over people of color in voter mobilization
The DNC must speak up any time the Latino community is disproportionately affected by a piece of legislation or an executive action of the President.
The DNC must make the restoration of full voting rights and increasing in-language voting assistance and outreach top priorities. This includes the restoration of the full protections of the Voting Rights Act and ensuring that the protections that still exist, including voter assistance and the provision of bilingual voting materials in required jurisdictions, are enforced.
Latino Inclusion
Investing in the development of a more effective leadership development program that takes promising Latino elected and candidates to groom them for a robust pipeline for higher office.
Latinos need to be fully incorporated into all leadership positions and not used merely as high-profile tokens
There is an overarching need to assure that Latinos are fully represented in the party’s new 50-state strategy
The DNC needs to provide sufficient staffing and resources to assure that state Latino caucuses are active and engaging with each other to give the DNC ongoing feedback on effective outreach strategies.
There is a need for a special outreach initiative to attract young Latinos to participate at all levels in the party and to groom a new generation of party activists and candidates.
Latino Outreach
Develop an adequately-funded fully multimedia Spanish-language department and strong public education campaigns in Latino communities about the party’s platform and priorities directly affecting Latinos
Set aggressive goals for the increased contracting of Latino vendors and political consultants in support of party operations
Visit states with large Hispanic populations, like California, Florida, Texas, New York and New Jersey but also states that have the fastest growing Hispanic populations, like South Carolina, Tennessee, and Georgia.
The DNC needs to invest additional and significant resources on Latinos in its voter tracking system. Within its tracking system, the DNC should develop a Latino specific GOTV voter identification and voter tracking system. This would include training Latino organizers on using the system. This will eliminate the need to always have to rebuild the Latino voter tracking system from scratch for every statewide and presidential campaign
Angelo Falcón is President of the National Institute for Latino Policy (NiLP). He can be reached at afalcon@latinopolicy.org.