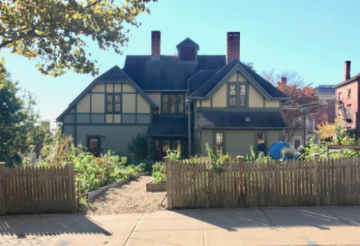 The Lucien Sharpe Carriage House at 135 Angell Street, one of the historic buildings Brown would tear down. Photo: PPS

Brown University’s attempt to demolish four historic buildings on campus to make way for a new performing arts center has been met strong opposition from neighbors, students, and faculty — and the Providence Preservation Society is taking the position that the public can, in fact, have an impact on the process.

«Well if we didn’t believe the public could have an impact, I don’t know what we’d do with our time,» said PPS Executive Director Brent Runyon on GoLocal LIVE. «We believe in the democratic process that’s been set up to allow the public to have a say, and we’d hope the commission members are reading the emails and listening to people. »

The City of Providence Plan Commission, which met last in December, took up the amendment proposal to Brown’s «Institutional Master Plan» — and while it heard from Brown officials why they believe they need the changes, opponents ranging from neighbors to historic preservations — and more — forced the Commission to continue the consideration of the item into January.

«Can this project be scaled down? Can it be moved?» posed Runyon, when he appeared on LIVE.

«PPS has a lot of issues that we want to address — so we were ready to take this on though because we knew there was a lot of community interest,» said Runyon. «We’d been contacted by a lot of people.»

GoLocal was first to feature PPS’ concerns prior to the meeting.

«What we did not know is that people would actually show up at the public meeting, and give reasons why they’re opposed to the project,» said Runyon. «We often feel we do it on behalf of the community, but without backup – so we were thrilled to see a lot of people come out, from all walks of life, and a lot of different positions. It was a good surprise.» 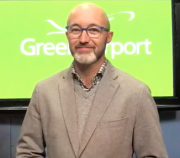 «The city zoning plan — and comprehensive plan– speaks to the importance of historic preservation, and preservation of neighborhood character….there are certain things they have to comply with,» said Runyon. «So we’re trying to make the case that while they may be able to redevelop the parcel, it might not be the right thing to redevelop with this [particular] building — or use — in mind.»

Runyon noted that not all demolitions by Brown impacted the area negatively.

«We’ve documented dozens of demolitions by Brown in the last twenty years — some of those were good,» said Runyon, noting a gas station being demolished for the Granoff arts center.