The Beginning of Mexican-American History 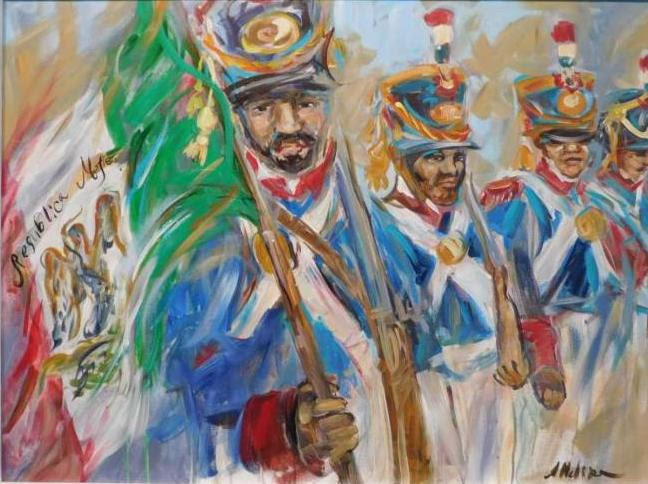 Feb. 2 won’t ring a bell for anyone except perhaps historians and Chicano activists, who’ll know el segundo de Febrero commemorates the biggest boundary dispute in the nation’s history.
Better known as the Treaty of Guadalupe Hidalgo, it not only ended the Mexican American War but extended U.S. boundaries to Colorado and Utah and all the way west to the Pacific, setting the southern border at the Rio Grande.
In one fell swoop, a great, big chunk of land, 525,000 square miles, became the southwestern United States in 1848. It was a real-estate transaction forged by Santa Anna and Nicholas Trist, a U.S. diplomat.
Mexico lost the war and 55 percent of its territory. At the time of the treaty, American Indians were at war to protect it as their own, and not so surprisingly, were considered «hostile» by both Mexico and the United States.
Our southern neighbor got $15 million out of the deal, a sum some historians view as just. «That was a lot of money then,» said Trinity University scholar Aaron Navarro. «It’s a lot of money now.»
Others, such as economist Steve Niven of St. Mary’s University, scoffed a bit and called it a pretty good deal for the United States, given California gold, Texas oil and other subsequent riches.
For the largest Latino group in the United States, Feb. 2, commemorates the beginning of Mexican American history, the story of a people who are, at once, of one nation and another. That duality has defined and confused them and has confounded their fellow Americans.
It’s easy to feel angry about what happened to Mexican Americans in the years right after 1848, when the treaty was signed. In Texas, they became U.S. citizens automatically and were assured that their Mexican and Spanish land grants would be honored.
They weren’t. Many were cheated out of their lands by legal and illegal means, and some continue to fight to get them back. They’ve got colorful words for some of the state’s most hallowed ranchers. Thieves might be the mildest.
A generation or two after the treaty, there were more Mexican American laborers than landowners. Historian Patrick Kelly of the University of Texas at San Antonio calls the treaty one of the great unknown, understudied events in U.S. history, especially on the East Coast, where Southwestern borders may still be seen as Manifest Destiny.
Few groups mark el segundo de Febrero. More should, to better remind us of our past and how it has shaped our future. Since 1978, Centro Cultural Aztlán has led the way. Through the years, Centro Cultural Aztlán has chosen not to disparage the treaty as much as honor what it created.
«It gave birth to this dual identity,» says executive director Malena Gonzalez-Cid, «and a new political entity.»
For 165 years, in fits and starts, this new entity not only has been trying to grapple with its duality, but bridge it.
And it remains our inheritance.
This column by Elaine Ayala originally ran in the Express-News in 2013. She can be reached at eayala@express-news.net.
America’s Forgotten
War with Mexico
America’s war of expansion
over Mexico, backed by
newspapers and politicians,
has repercussions to the present day.
By Shane Quinn
Global Research (February 10, 2018) 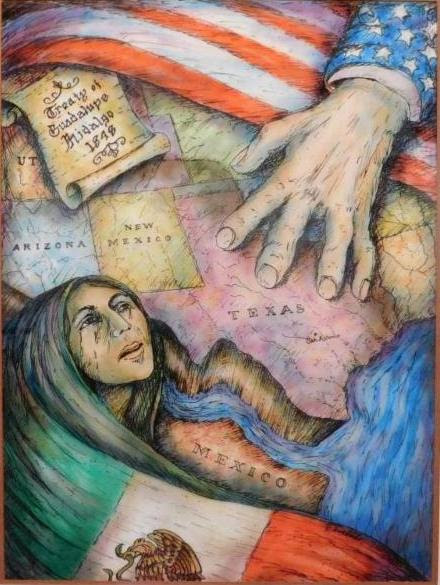